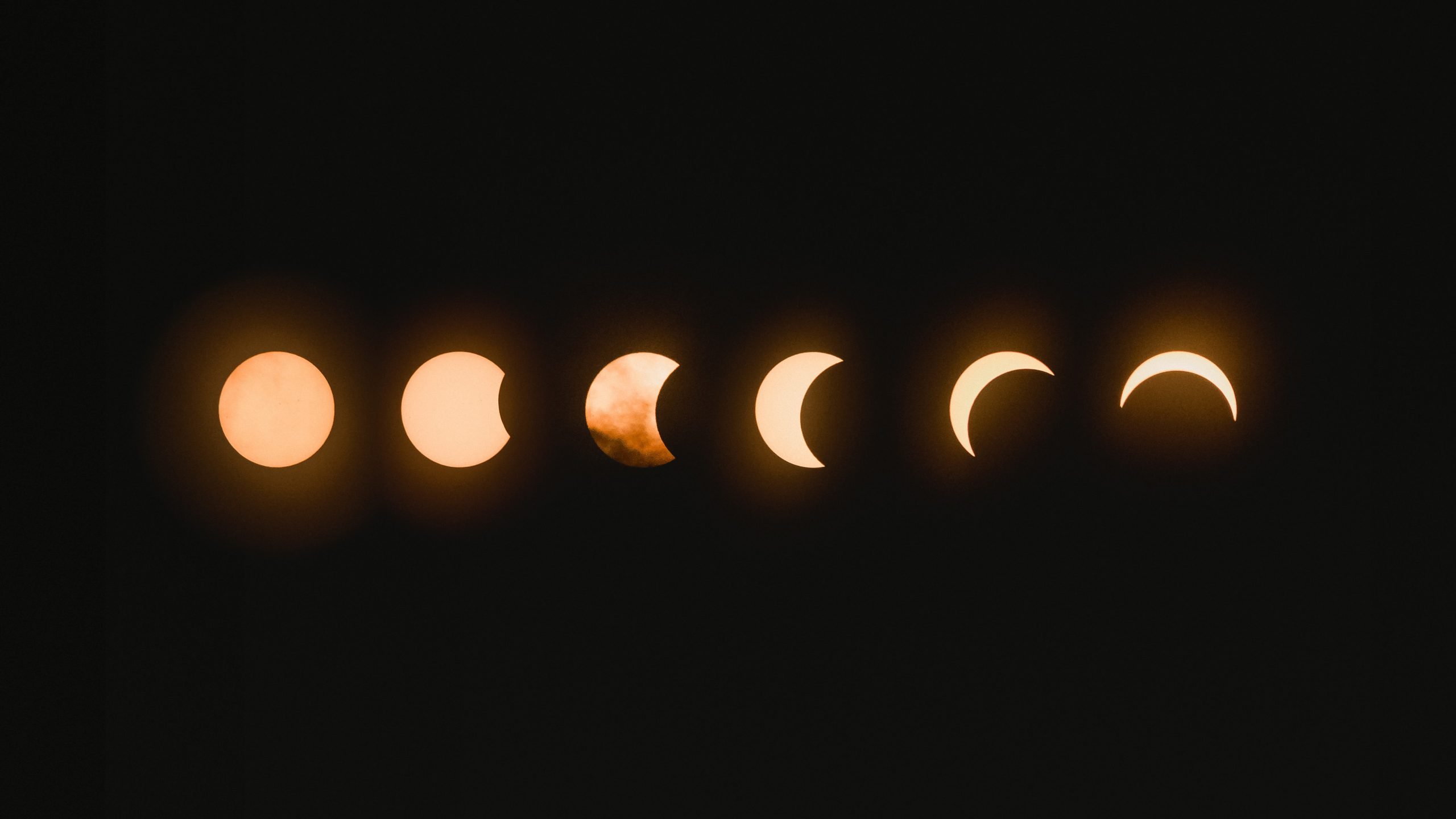 By Fin Strathern | January 31, 2022
Categories: Digital Assets, NFT,
Fin is an experienced editor with a focus on the frontlines of global business news and cutting-edge technological trends. He has published engaging interviews with leading industry figures from the likes of CBS, Rakuten, Spotify, and more. When not tapping away behind a laptop, he can be found researching and exploring the cryptocurrency and NFT markets. You can follow his Twitter @FinStrathern or connect with him at https://www.linkedin.com/in/finstrathern/.

As the cryptocurrency market tanks more than £1 trillion from its November all-time high of £2.2 trillion, the NFT world shows no signs of slowing down.

In fact, the most widely used NFT marketplace, OpenSea, had a monthly trading volume of £3.5 billion in January, well surpassing its previous trading record of £2.5 billion in August 2021.

What’s more, the market is seeing major structural changes thanks to the launch of LooksRare, a decentralised NFT marketplace that rewards both the seller and the buyer in any given NFT trade.

Taking to an aggressive marketing campaign on social media, the platform has been directly comparing its favourable services to that of OpenSea’s and reaping the benefits.

Since its launch on January 10, LooksRare has axed OpenSea’s utterly dominant 99.4% market share to a lowly 20-30% on any given day.

It has done so by catering to the absurdly wealthy and dominant NFT elite, seeing its trading volume almost triple OpenSea’s with only a fraction of the amount of users and transactions.

As the market booms, there has been a lack of inflationary pressure on NFTs despite the massive price drops that Ether – down 32% this month – and other tokens are facing.

Somehow, through close-knit community ties and a relentless desire to be self-sustaining, the NFT economy has managed to detach itself from the crypto world that birthed it.

Even so, articles continue to tear down NFTs as part of an “overblown speculative bubble”, with the only reason to own one being “bragging rights” and to resell it on to someone else for more money.

What these articles tend to miss is the extent to which NFTs have developed over the course of their short lifespan. No longer is it simply about owning a piece of art, many NFT projects today are access keys into community projects with their own economies, hierarchies, and play-to-earn gaming systems.

For example, the CyberKongz NFT collection started in March 2021 as a small collection of pixelated avatars priced at 0.01 ETH. Over time, the project has developed its own native utility token, created a second generation of avatars to increase accessibility to the project, and even designed 3D voxel-based avatars for online metaverse environments.

Had you owned a CyberKongz NFT throughout November last year, the daily 10 $BANANA tokens you were earning, averaging a value of $50 that month, would have been netting you $500 a day.

Now that’s not to say NFTs are not speculative. The overwhelming majority of users today still buy in to projects in the hope of riding a wave of initial hype and cashing out as that short-lived excitement begins to die.

Nor is it to say that there are not problems with a whale class of early NFT adopters projecting a utopian idea of a decentralised, self-sustaining NFT economy whilst hard-working people lose their savings to rug pulls and scam projects.

The start of something big

The point here is that NFTs are evolving. As with any new technology, we are currently experiencing the surge of initial excitement that comes as said technology tries to find its feet.

This is best demonstrated by consultancy firm Gartner’s hype cycle, which tracks the diffusion of new technologies into mainstream usage through five stages.

One problem with the graph is that it can only show time on a linear axis, suggesting each stage can only come after the other fades away.

A better understanding would be that, as we move towards the plateau of productivity, different users of the technology are experiencing inflated expectations, disillusionment, and enlightenment all at once.

This can be seen in the current state of the NFT market. The lucky few who buy into a project at the right time and watch its value shoot up tend to have inflated expectations that web3 and the metaverse will replace the real world in a matter of years.

On the other hand, those who have been victims of an NFT scam or don’t see the potential of the technology tend to be disillusioned towards the fact that it holds no value.

Meanwhile, within this arena of lucky winners and unlucky losers, there are innovators and developers finding enlightenment and working towards productive use cases.

As such, it may be best to understand the current NFT industry as the primitive yet exciting first stage of the technology’s journey to mass adoption across various use cases.

The path to productivity

In their most basic sense, NFTs force us to bring our understanding of ownership and value into the digital age.

This has been shown by the rise of virtual fashion brands such as RTFKT Studios, who, much to the dismay of anyone over thirty, have built incredible enthusiasm and brand loyalty around their range of augmented reality and NFT sneakers. The company has collaborated with gaming veteran Atari and was recently acquired by Nike.

But beyond exclusive memberships and digital collectibles, which in the ever-innovating NFT space are starting to become stale, real-world use cases are rising to the surface.

On February 8, the blockchain-focused real estate start-up, Propy, will auction the first US real estate NFT in Gulfport, Florida.

Following a successful proof-of-concept with an apartment in Kyiv, Ukraine last June, Propy has since hashed out a legal framework to allow US real estate to be sold online as NFTs in a matter of minutes.

Winning the NFT will provide ownership of a US-based entity that owns the property and give immediate access to the necessary transfer paperwork. The NFT will also function as a decentralised finance (DeFi) asset that can be borrowed against, just as with a normal house.

The implications of this sale could be enormous. NFT real estate has the potential to dramatically digitise an outdated industry, making notoriously illiquid assets easily marketable whilst dusting aside a litany of unnecessary fees, middlemen, and legal paperwork.

Another industry that could face a comprehensive shift in its monetary power structure thanks to NFTs is the music industry.

Popular entrepreneur Gary Vaynerchuk sees NFTs as a way for emerging artists to avoid having to work with record labels and deal directly with their fans.

“Instead of going and making a deal with a record label because you want the up-front cash, why don’t you make cover art of your first album, sell the cover art in NFT form to your fans, and let them get 20% of the royalties, and you keep 80%,” he said in a video uploaded to his Instagram.

It’s a promising idea that looks set to gain traction as NFTs become more accessible. Royal is currently offering a similar setup through its platform, where artists and fans can co-own songs together.

Prominent American rapper Nas teamed up with the platform earlier this month to sell 50% of the royalties to two of his songs, “Rare” and “Ultra Black”, through a tiered system of NFTs. It sold out in minutes.

The current mainstream understanding of NFTs as worthless images bought only to be sold on needs revising.

No one is arguing that effortlessly being rewarded $500 a day through virtual bananas for owning a pixelated image of a futuristic ape isn’t ridiculous. It is. But to discredit people’s innate desire for new forms of ownership as merely a speculative bubble that won’t catch on in the digital age would be a foolish mistake.

What proponents of this theory fail to realise is that most of the world economy today, including the financial system, is built around the notion of digital trust. To suggest digital ownership is worthless ignores the fact that the largest companies in the world – Facebook, Google, Microsoft, PayPal – are only where they are today because of digital trust.

Whilst the current NFT market cruises on a wave of overexcitement, the technology underpinning it represents a more transparent and efficient way to do business in an increasingly digital landscape. Its ability to simplify issues of ownership has the potential to drastically revise the power dynamics of industries that have traditionally been mired by legal paperwork and middlemen.

As the internet evolves to become increasingly decentralised, NFTs are set to emerge as the authentication framework – the digital paperwork – of this ever-expanding space.