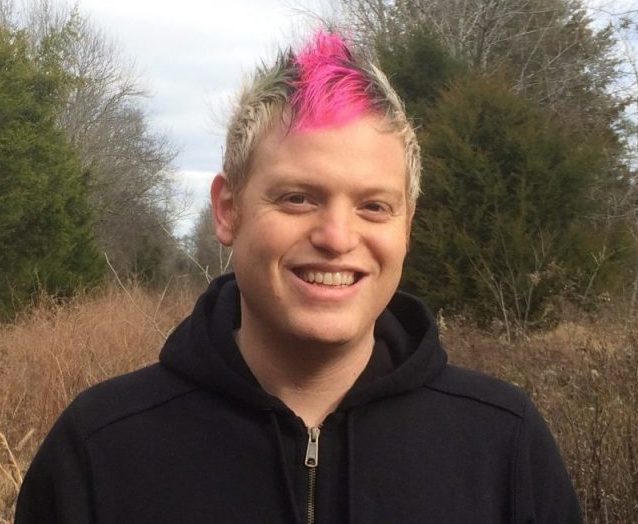 By Duncan MacRae | February 15, 2022 | MarketingTech
Categories: Blockchain,
Duncan is an award-winning editor with more than 20 years experience in journalism. Having launched his tech journalism career as editor of Arabian Computer News in Dubai, he has since edited an array of tech and digital marketing publications, including Computer Business Review, TechWeekEurope, Figaro Digital, Digit and Marketing Gazette.

Could you tell us a little bit about Aikon and what it offers?

Yeah, absolutely. So I’m one of the founders of the company, and also of a blockchain called ORE, which is the open record exchange. And four years ago we started this project, inspired by my original co-founder, Stefan Rover, who was an early encryption pioneer on the internet. Sadly, he has since passed away, but we’re kind of continuing on with his original vision.

You probably remember that the US used to have export restrictions on SSL. You couldn’t send encryption. It was considered a military secret, right? So he was German, and really into freedom. We’ve got this photo of him storming the Berlin Wall.

And so he rebuilt SSL in Germany, and sold online encryption software to banks. So that’s the kind of guy he was. He was really into privacy, security, encryption, all this stuff.

He loved the blockchain. And he kind of talked me and the other founders into this project. We set it up, kind of inspired by Ethereum. We have the Open Rights Foundation, which created the ORE token and the ORE blockchain. That’s a nonprofit. The ORE foundation only exists to give away tokens to developers to create usage of the ORE blockchain.

And then there’s Aikon, which is a private Delaware corporation that I’m the CEO of, and we’re like consensus is to Ethereum, right? We build software products that we sell to companies to make it easy for them to adopt the ORE blockchain. So we have that classic foundation company model. The chain itself has been live for two years now, a little more than two years. And it is designed to do one narrow thing really well, which is cross chain identity.

So our belief, especially inspired by Tray Lewin, the CTO, is that – even though I love Ethereum, I love Bitcoin, whatever – we believe there will be many blockchains in the future. Not one chain to rule them all ever. So what Open Rights Exchange does is it’s basically a cross chain identity registry. So, the one person on chain, can have a set of public keys that I own that work across different blockchains. So it’s like single sign on for many blockchains

I was going to ask what makes this unique compared to what other organisations are doing but it sounds like it might be completely unique.

We think so. It’s pretty unique. Certainly there are other folks that do just pieces of what we do. So, for example, one of the things we’re really known for is ORE ID. All the products we build are ‘ORE something’ because they’re all built on the ORE blockchain. So ORE ID lets you log into a blockchain application with social logins – Facebook, Google, Apple ID, Twitter etc. So it’s super easy. Everything we do is designed on that ease of use.

There are some competitors out there that do that one piece of what we do, but the difference is, at the heart, we have this decentralised blockchain. So it’s truly a self sovereign identity that plugs into multiple blockchains rather than a centralised service. So I think it’s a bit of a different approach to what anyone else has been taking out there.

And we also have this other piece that’s part of our long term vision. We don’t put dabs on ORE. You cannot put an application on ORE, and that’s on purpose. We plug into Ethereum, we plug into Algorand etc. That’s the layer one, where you put your data. And it means the ORE blockchain is just holding these identities. It’s super efficient.

You don’t have, all of a sudden, the gas fees get really high because crypto kitties got really popular or whatever. So we’ve got this really narrow focus to do one thing really well. But the next piece of that, and part of the reason we need our own chain, is that we have this kind of NFT standard called ORE Instruments. And this was very much Stefan’s vision for reworking the internet from the ground up.

The whole idea there is that you could control access to off chain APIs by holding an NFT on chain. So maybe you buy a new Tesla, and you’re going to get an NFT that represents the title of that car. The ORE blockchain has the architecture where an off chain API could check that you’re still holding the title of the car, and then let your phone unlock the door or whatever. No one is doing that in reality yet. We had one test of that, which were some researchers from the Hubble Space Telescope, who were using an AI model that they were accessing through the blockchain authentication. So that’s been used experimentally, but it’s not used in reality yet.

That’s the five year plan. But what we’re really focused on now is – step one, get normal people onto the blockchain with this cross chain single sign on thing, so that a normal person can have one account they can log into with their Apple ID or whatever and use different blockchain applications.

But then the long term vision is how we’re going to reframe how people access APIs using these self sovereign identities.

Right now the use cases we have in reality really fall into two buckets, right? One is essentially DeFi, and the other is NFT stuff, which are both very hot right now. So I guess it’s not that surprising. But our biggest customer is the crowdfunding platform, Republic.

They use ORE ID for their tokenised equity called the Note. And that’s a perfect example of what ORE is really strong at. They already have this existing user base of more than a million investors. And they’re all on Republic buying equity – like buying startup investments. Now, all of a sudden, they want to give these people tokenised equity. We sell them the Note token, which is a tokenised equity instead of a traditional equity. How do we get these million users to understand the blockchain enough to have a wallet to tell us where to deliver the stuff? It’s a lot of steps. So, instead, they use ORE ID to plug in their existing accounts where people are logging in with Google or whatever. And give them Algorand wallets. They’re doing the Note token on Algorand. So we give their users Algorand wallets so that they can then deliver the tokenised equity to that wallet.

You had a token sale recently. How did it go?

Yeah. We’re still reeling. I mean, it was crazy. I think it was successful. There weren’t any major technical issues, which is obviously the number one concern and then the token price has gone up a lot since launch. So that’s also a sign that it’s gone well.

We launched on three launch pads. And the reason we did that was because they each are connected to a different layer on blockchain. We were trying to show that cross chain vision in the way we were launching basically.

Yeah. In the first minute on the Scale Swap public sale, which is where anyone can get in, it sold out in seconds. Me and Caitlin Abejon, Aikon’s VP of marketing and customer experience, were on Zoom, freaking out. I think she deserves a tonne of credit for that. It all sold out really fast. On the launch pads, each one did two and a half million tokens.

Why should people be buying these tokens?

To me, the reason you would buy the ORE token is if you believe that more companies in the future are going to be using ORE to connect their users to the blockchain. That’s what makes ORE really valuable. The more cross chain identities the ORE blockchain is holding, the more valuable the blockchain is. It’s of extreme strategic importance if we become the default on ramp to the blockchain, for most users. And you know, for us, it’s really a long term play. The blockchain has been live for multiple years already. And we just now have sold some tokens because we want to get it in the hands of the public to further decentralise what we’re doing.

So it’s a long term project. What kind of plans have you got for development over the next year or so?

It’s always the three things we really focus on, like ease of use. Easy, easy, easy. How easy can it be for average people who don’t understand this stuff? Number two is the cross chain part. Half of our development time probably goes into adding a new blockchains that we’re plugging into. So there is a huge effort around that all the time. And then the third, right now, are the NFT features. We’ve got a few NFT play to earn games that are using our technology, as well as an NFT investment fund that’s using our technology. So we’ve got a whole boatload of NFT related feature releases coming in the next couple weeks and months.

Over the next year, the other thing we want is to kick off our grants programme for developers that want to help improve the open source software, that want to help add new blockchains to the mix etc. There are going to be grants that’ll be managed by the Open Rights Foundation. So all that stuff is coming over the next year, as as well as the work that’s already in progress.

Oh my God, yes! And, of course, we do a lot of support for the real businesses. Our approach has always been pretty B2B. It’s like, okay, let’s get Republic to move a bunch of users instead of trying to talk to a million individual users. So we’ve got some big partnerships, and we’re helping organisations have really successful launches, and make sure they know how to use the software correctly etc.