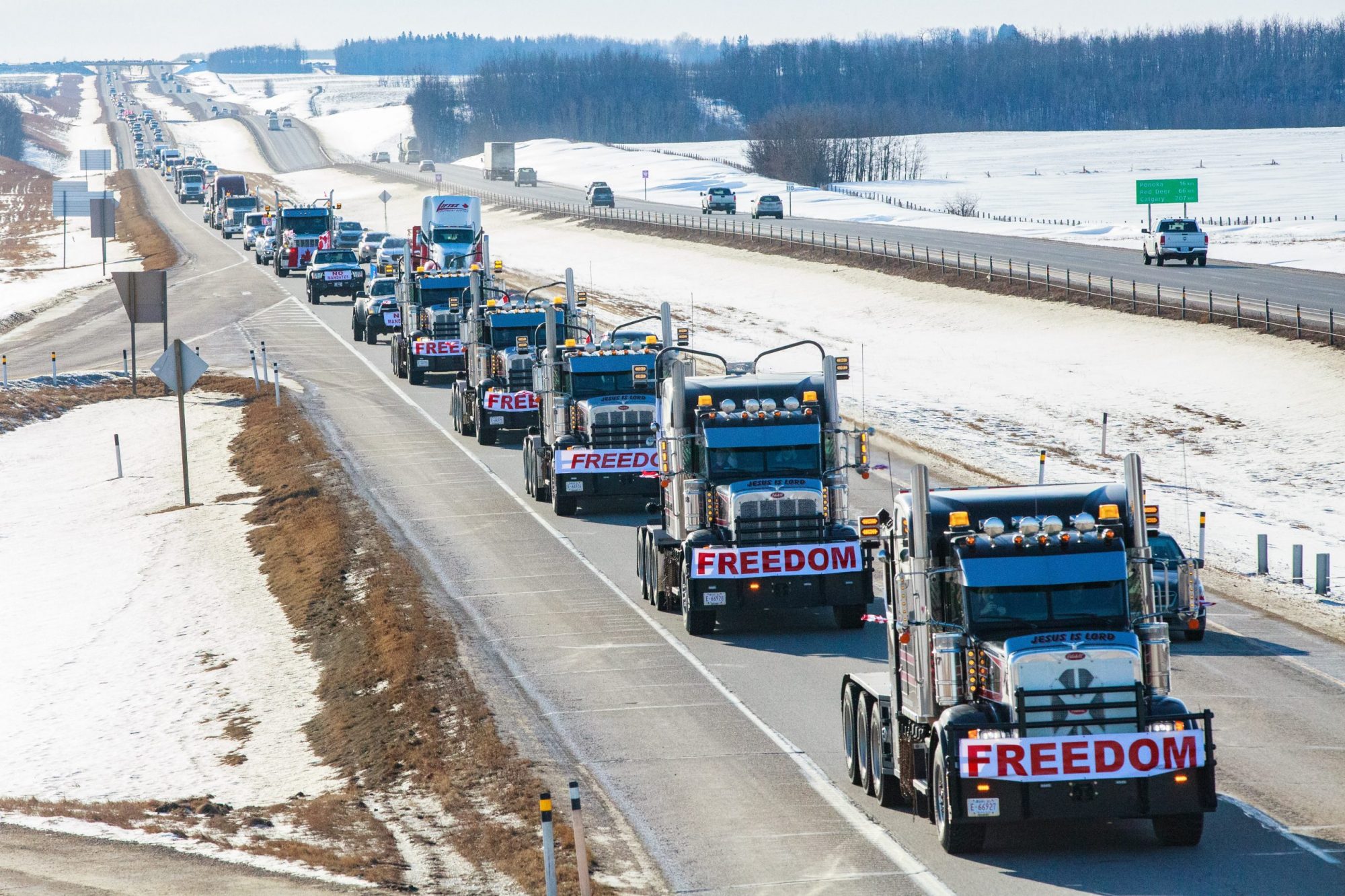 By Fin Strathern | February 22, 2022
Categories: Banking, Cryptocurrency, Legislation & Government, Payments,
Fin is an experienced reporter with a focus on the frontlines of global business news and cutting-edge technological trends. He has published engaging interviews with leading industry figures from the likes of CBS, Rakuten, Spotify, and more. When not tapping away behind a laptop, he can be found exploring web3 and the cryptocurrency markets. You can follow his Twitter @FinStrathern or connect with him at https://www.linkedin.com/in/finstrathern/.

Decentralised blockchains are not all about being the “Wild West” of the technology industry. In many ways they can keep governments in check and “bring the rule of law back”, says Ethereum founder Vitalik Buterin.

Buterin, who grew up in Canada, laid out his position on governments overstepping their authority in response to Ottowa’s trucker protests during a Coindesk interview at the ETHDenver conference.

Truckers have spent the better part of a month occupying and blocking various streets in the Canadian capital. The protests began in opposition to the COVID-19 vaccine mandate for truck drivers crossing the Canadian border but have since grown into a wider anti-government movement.

However, he described the government’s response of freezing bank accounts as excessive, and alluded to crypto as a resistive force to such authoritarian measures.

“If the government is not willing to follow the laws [and] give people a chance to defend themselves… [but instead] talk to the banks and cut out people’s financial livelihoods without due process, that is an example of the sort of thing that decentralised technology is there to make more difficult,” Buterin said.

From this viewpoint, crypto is not necessarily a disruptive technology but a restorative one, he argued.

“The government and police’s… concept of going after intermediaries and using them as a way to bypass acting lawfully is dangerous,” he said. “I think that having decentralised alternatives as an answer to intermediaries is a good way to limit the damage that dependence on intermediaries can have.”

Canadian Prime Minister Justin Trudeau sparked controversy when he invoked the never-before-used Emergencies Act to help stamp out the protests. Part of the act gave banks the authority to freeze and suspend accounts with links to the protests without a court order or civil accountability.

When supporters of the truckers tried to bypass the banks and raise funds through cryptocurrency, the government blacklisted a number of crypto addresses and a court injunction froze further funds.

Whilst crypto’s decentralised nature makes the funds impossible to seize, the Canadian government can and has ordered regulated exchanges to block any attempts to convert it into fiat currency.